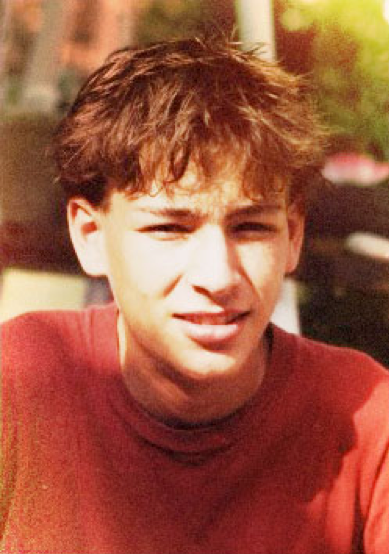 Congratulations to the recent Bat and Bar Mitzvahs in our community!  CUJF has been pleased to be able to present a beautiful wood tzedakah box and a certificate for $100 from the Joshua David Gottheil Youth to Israel Fund to the newly adult members of our C-U Jewish community.

The tzedakah box reinforces our tradition of giving. Although we think of tzedakah as “charity,” it more closely can be described as “justice” and “righteousness,” traits we should have as a Jewish people.

Keep reading to learn more about a very meaningful act of tzedakah . . .

The Joshua David Gottheil Youth to Israel Fund was established in 1992 by his parents Fred (z”l) and Diane Gottheil to encourage travel to Israel by local Jewish youth to further their Jewish education and identity. In some circumstances earnings may be used to match individual contributions to the Gift of Israel program.

I’ve done a little research on Josh Gottheil – he was an amazing young man. He loved Israel and was able to travel there several times with his family. His first trip was when he was only a year old.  When he was four he was there with family for 6 months, attended nursery school, and learned to speak Hebrew.  His last trip was after high school graduation in 1987.

Josh also loved music. At age 14, he began playing in a band and became a professional music promoter while he was still in high school.  Josh formed his own production company after graduation, and brought many bands to Champaign-Urbana.

Learn more about Josh on the Josh Gottheil Fund Homepage.

Sadly, his life was cut short. In fall of 1987, Josh was diagnosed with lymphoma.  Despite treatment and a period of remission, Josh died at age 19 in 1989.

The Gottheils created a fund for lymphoma research and also established the Josh Gottheil Youth to Israel Fund.  The hope was that other young people could travel to Israel and have the same positive experiences that Josh had.

You can donate to the fund on our website.

Besides the $100 mini-grant certificate presented to the Bar/Bat Mitzvahs, young people also have an opportunity to apply for a more substantial grant for travel to Israel.

As you can see, through the fund and your gift, Josh’s memory lives on.

To apply for a travel grant to Israel, send me an email at director@cujf.org, and I’ll give you details.

Is there someone you would like to honor or memorialize with a gift that lasts more than a lifetime? Consider creating an endowment fund through CUJEF, Federation’s subsidiary.

The Champaign-Urbana Jewish Endowment Foundation provides the means for members of our community to arrange for long-term support of Jewish programs through donations to an existing endowment or through the creation of a new endowment tailored to the wishes of the donor.

Any comments or questions? You can email Linda Bauer at cujf@cujf.org.