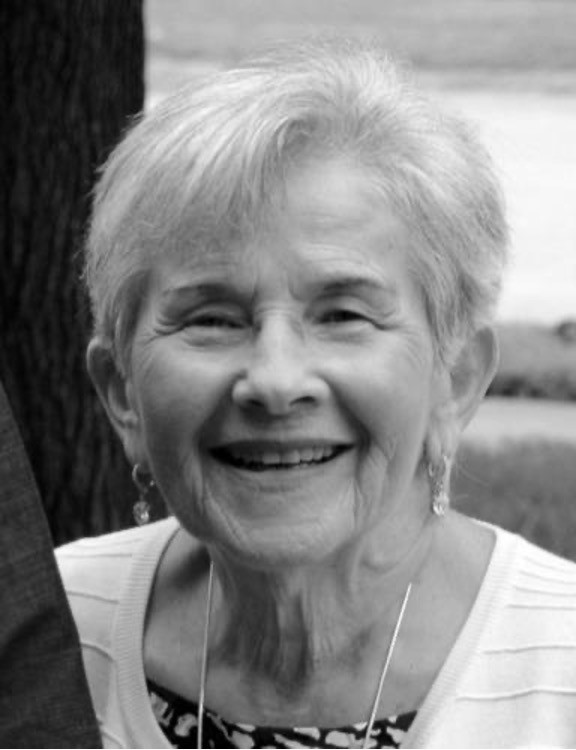 Co-written and edited by Robin Goettel and Becky Lawson

As you may already be aware, on June 6, 2022, a dear friend and colleague passed away in Florida. Mary Lou Brotherson was an active member of the Jewish community for many years, as well as the Director of the Teacher Education Program at Parkland College. Always the professional educator, she helped guide local schools towards implementing Holocaust curriculum into the classrooms. This came right on the cusp of the Illinois legislature passing Public Law 096-1063, a state mandate requiring teaching the Holocaust in Illinois schools at the elementary and secondary levels. While that mandate has changed several times over the years, the spirit of addressing the horrors of the Holocaust and contemporary genocide remains. Mary Lou was at the cutting edge of those changes in public education and most active in the Champaign-Urbana area for many years. As people dedicated to Holocaust education, the members of CUJF’s Holocaust Education Center feel compelled to share a few facts about Mary Lou’s efforts dating back to 1989.

In 1989-90, Jewel Kurland formed the Holocaust Education “subcommittee” of CUJF’s Jewish Community Relations Committee, and Mary Lou was one of the founding members, along with Rabbi Bloom and  Gary Porton. The following year (90-91), Mary Lou and Jewel became co-chairs of this subcommittee. This group held a number of Holocaust-related community events, including Yom Hashoah commemorations and the establishment of a Holocaust Speaker’s Bureau as part of CUJF. In 1991-92, Mary Lou and Jewel continued in their leadership efforts, organizing events in the schools and community, including a teacher workshop to better assist teachers with the challenge of teaching this difficult subject. Mary Lou, along with Holocaust survivor Rabbi Neuman, arranged for a commemorative Yom Hashoah program held at Parkland College, for which Mary Lou was honored by the Parkland Faculty Association. Her local efforts continued during the 1992-93 academic year, as the Holocaust Education subcommittee organized a number of local events for teachers, including professional development opportunities. That year, at least 14 speakers were active in the local schools and community during the months of March and April. The following year, Mary Lou retired from Parkland after twenty-three years as Director of the Teacher Education Program. Eva Blum took over leadership of the Holocaust Education Committee (HEC) in 1993; that was the year our own Robin Goettel joined the HEC, and she remains one of the most active and dedicated members of the committee.  After retirement, Mary Lou founded the Harry Nelson Endowment Fund at CUJF in an effort to provide free classroom materials to teachers and students in Unit 4 schools. We continue to annually donate books and materials in her father’s honor.

We are honored to continue the work of Mary Lou Brotherson and all those who helped lay the groundwork for all the efforts of CUJF’s Holocaust Education Center. Our mission remains the same – to offer all our resources as we assist local schools in properly teaching the Holocaust and genocide, along with the human rights concerns.  Personally, I am honored to continue my role with the HEC that I began in 1994.

We are indebted to Mary Lou for all that she did to begin the long process of educating people about the nature and ramifications of genocide and providing the means and motivation for all of us to continue her work to this day.

Zichrono livracha – May Mary Lou’s memory be an abiding blessing.