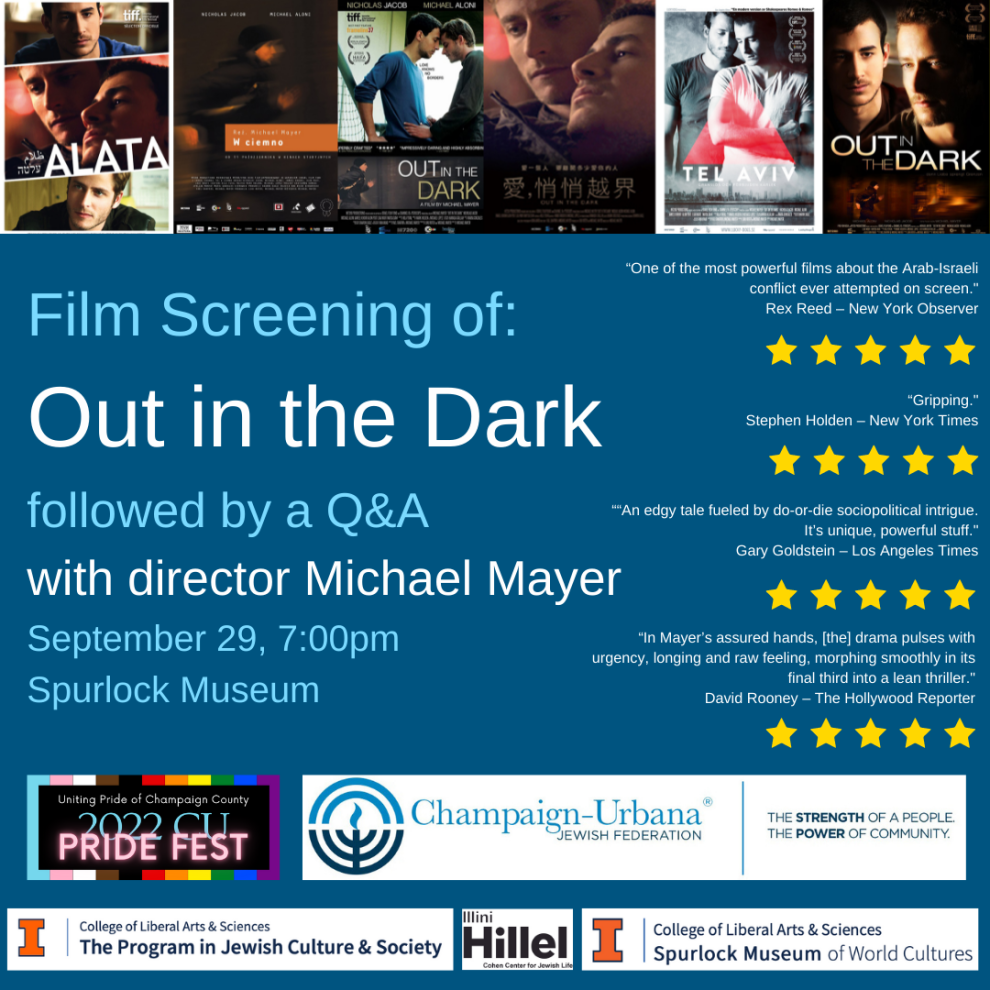 Film Screening of Michael Mayer's Out in the Dark followed by a Q & A with the director
Michael Mayer's “gripping feature debut”, Out in the Dark, tackles the complexities of gay life within the context of the Palestinian-Israeli conflict. “An edgy tale of sociopolitical intrigue,” Out in the Dark had it's world premiere at the Toronto International Film Festival, sold to more than 40 countries, played in over 130 film festivals and won 27 awards. Sparking debate on both gender and Middle Eastern politics, Out in the Dark was nominated for a GLAAD Media Award, honoring the film's representation of LGBT issues and its impact on mainstream culture.