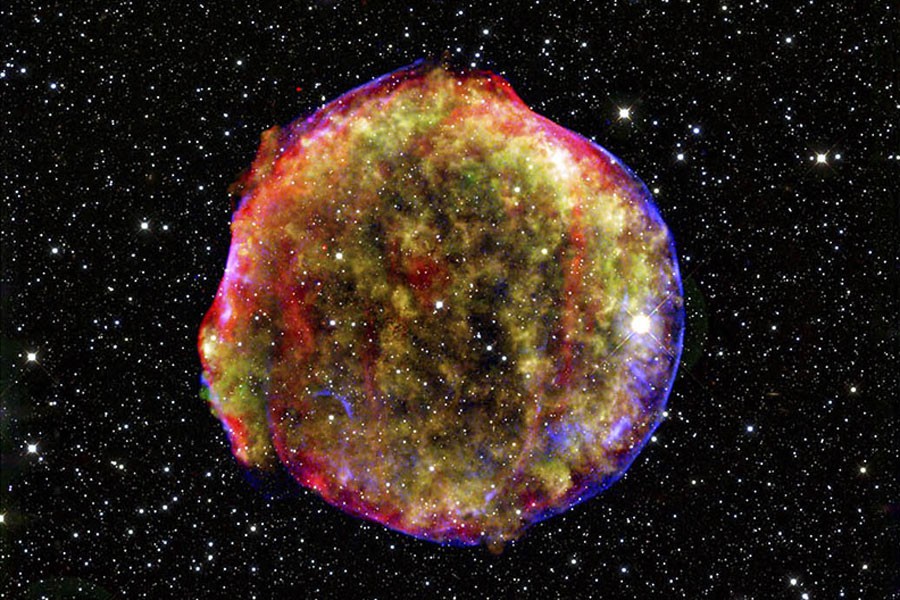 The most massive stars are the celebrities of the cosmos: they are very rare, but live extravagantly and die in a spectacular and violent supernova explosions. While these events are awesome to observe, they can take a more sinister shade when they occur closer to home, because an explosion inside a certain "minimum safe distance" would pose a grave threat to Earthlings. We will discuss these cosmic insults into life, and ways to determine whether a supernova occurred nearby over the course of the Earth's existence. We will then present recent evidence that at least on star exploded near the Earth about 3 million years ago. Radioactive iron atoms have been found in ancient samples of material from the deep-ocean and even the Moon, and are likely to be debris from this explosion.  These data the first time allow sea sediments to be used as a telescope, probing the nuclear fires that power exploding stars. Furthermore, an explosion so close to to Earth was probably a "near-miss," which emitted intense and possibly harmful radiation.

Dr. Brian Fields is a professor of Astronomy and of Physics at the University of Illinois. He is fascinated by the "inner space/outer space" connections that link the science at the smallest and largest scales. His research focuses on the highest-energy sites in nature--the big bang, exploding stars (supernovae), and high-energy particles in space (cosmic rays)--where nuclear physics and elementary particle physics play a central role. Understanding these processes and their interplay allows us to trace the history of matter over cosmic time. Turning the problem around, he uses these high-energy phenomena as particle accelerators to probe fundamental physics in ways inaccessible to terrestrial experiment.