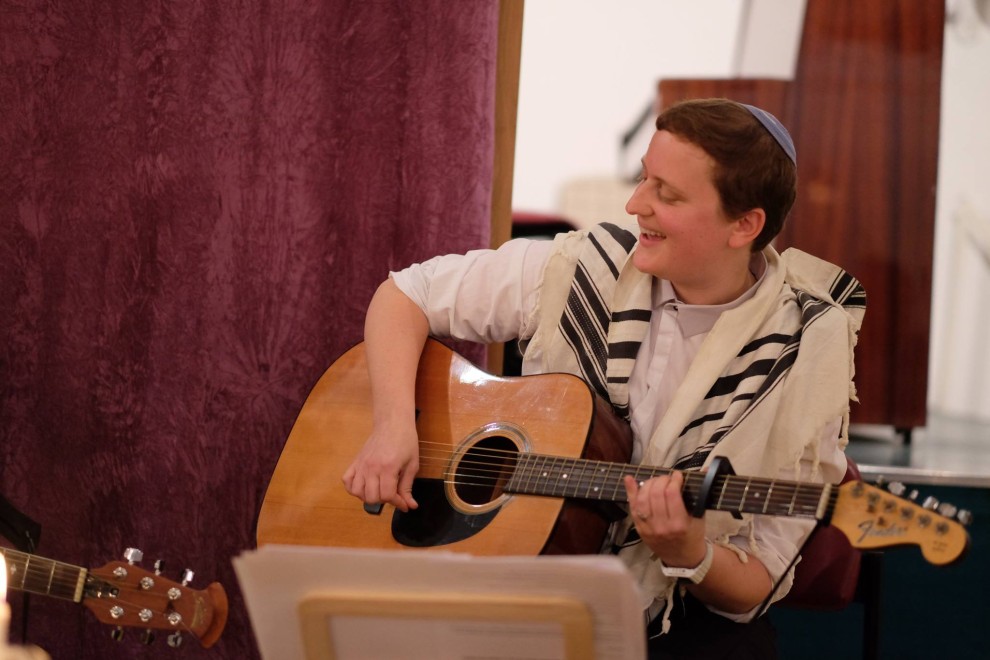 Purim tells a tale that seems very straight forward but it takes us deep into questions of identity and self-discovery. It also tells a story of the dance between the minority and the majority. Such a smart soap opera has always more layers to expose.

Rabbi Efrat Rotem was ordained through the Hebrew Union College in Jerusalem in 2015. She served as the rabbi of Kehilat HaLev in central Tel Aviv, a member congregation of the Daniel Centers for Progressive Judaism. She also designed and taught courses and seminars on her rabbinical outlook, which integrates pluralist Judaism, critical feminism, and queer identity and worldview. In addition she holds an MA in Literature from Tel Aviv University and has translated texts from English to Hebrew. She also studied Creative Writing at Haifa University.

Sponsored by:  CUJF, Sinai Temple, and the Goldberg-Gordon-Yairi Fund for Seniors and Libby and Harry Miller Memorial Fund of the CUJEF